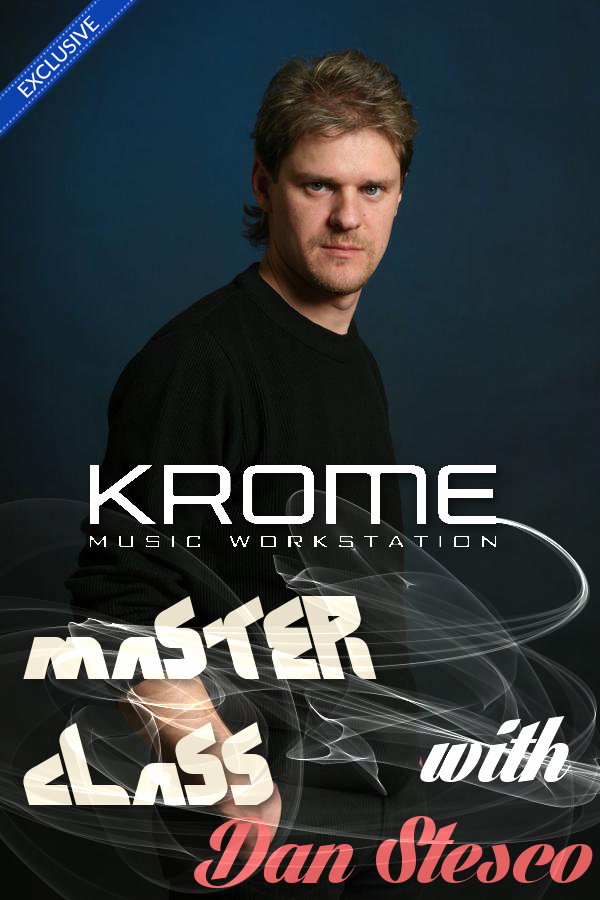 Kromeheaven is very proud to bring you an exclusive article for your Korg Krome, written by our friend Dan Stesco ! In this article, Dan explains us what arpeggiators are and how to use them in your krome, taking a single example.

After reading this, you will be able to make great combinations, using this fabulous function...and share them with us !

Basic "the arpeggiators" is a function that automatically generate arpeggio. Being based on the polyphonic structure, they can generate a variety of phrase or chords transformation.

Fortunately, the Korg Voice Team has push to the limit the arpeggio exploitation and dual arpeggiators become close to a groove box. 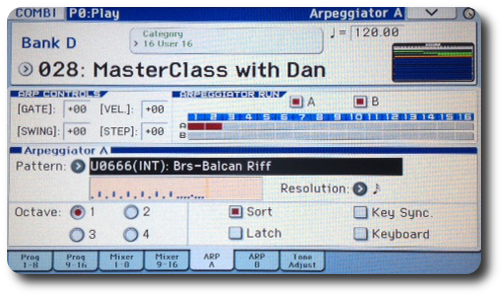 Arpeggiators play notes on steps. The number of notes from a step depends on how many dots that are added on the step line and how many notes are playing on chords.

In this way, using one single arp pattern in combi mod, we can play two different timbre at the same time. (bass and guitar for example)

Another important aspect : the arp pattern can cover a large area of keyboards using the octave ability. 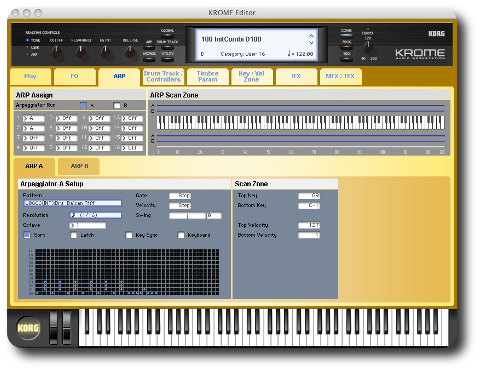 In the combi with multi split mod, the arp pattern can follow a scale with 4 or more consecutive timbre. Also, the octave ability can make arp pattern to come with delay.

For example if the timbre is limited by Key zone on the 4'th upper octave, the arp pattern with 1/16 time signature and 16 steps lenght which is selected to play 4 octaves will be active after 3 measures.

If the timbre is selected on lower zone the arp pattern will play once at 4 measures. 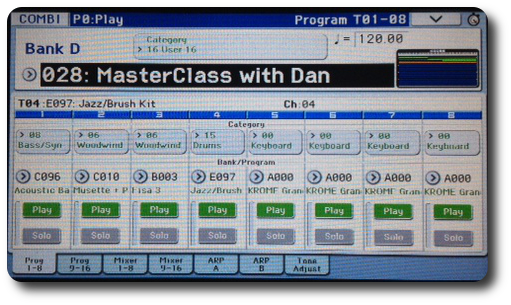 The Arp Pattern can emulate the Wave Sequence:

So more tricks can be discovered using the unimaginable Arp possibility.
Making new attempts we can find a various application of arpeggiators. Is not a simple machine that only play a few notes. 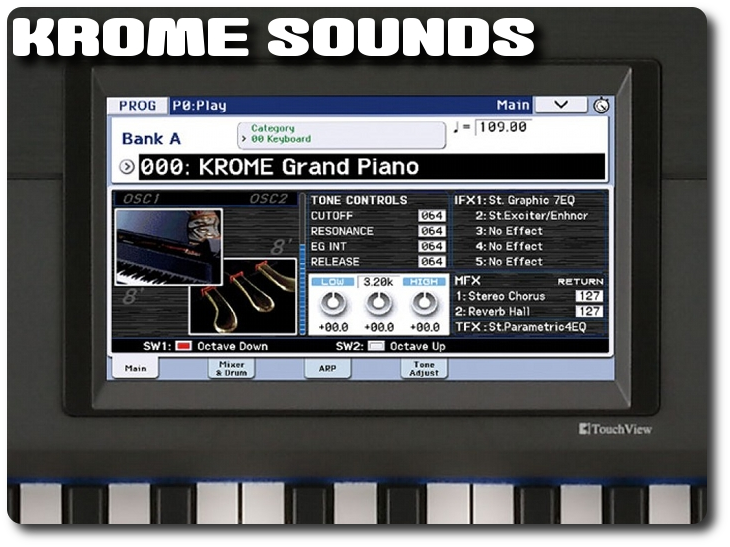 here are some sounds for your Krome EX, sent by muhammad Said Islam Zoy on our facebook group !